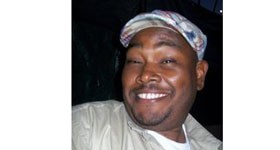 As the 2012 Republican and Democratic National Conventions get filed into the history books, the machine gun fire drum line of Alicia Keys' a “New Day” provides the soundtrack to this writing. After the dust has settled, wafting in the air is the aroma of moving forward accompanied by the stench of shuffling backwards. In comparison to the Grand Old Party, the DNC actually looked like America... Diverse. A vivid picture of the President was elegantly painted by the one who knows him best, Michelle Obama. "For Barack, success isn't about how much you make, it's about the difference you make in people’s lives." While Mrs. Obama did the painting, Bill Clinton did a phenomenal job with artful packaging. Although the Democrats pulled a Plaxico Burress by removing "Jerusalem" and "God" from their platform, then voting to put it back in amid audible boos from the crowd. Clinton still left the mic smoking with a "fact checkers nightmare," according to Factcheck.org. To cap it all off was the President himself, delivering the goods amongst the fired up crowd. Then the jobs report was released. According to CNN Money, "The labor market lost momentum last month as job growth fell to a disappointingly slow pace. The unemployment rate also fell, as more people stopped looking for jobs." Mr. President, you're absolutely correct in stating that "it will take more than a few years for us to solve challenges that have built up over decades."