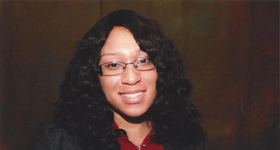 On Monday June 10th at 10/9c, Comedian Deon Cole premiers Deon Cole’s Black Box on TBS. Cole’s new series tackles pop culture from a black perspective. Cole, a familiar face on countless comedy shows spreads the funny with his trademark notebook routine. After his notable performance on the Tonight Show, Conan offers him a job as a staff writer. The Chicago native follows Conan to TBS, and regularly addresses pop culture through skits on the late night talk show. Cole discusses with Black Men’s Dossier his road to comedic fame and the importance of shows like Deon Cole’s Black Box.

You’re from the South Side of Chicago, and you started comedy as a bet with a friend. Eventually performing at places like All Jokes Aside and the Comedy Act Theater. Describe the process from the bet to actually touring with Def Jam?

It was an elevation that solidifies the hard work. Anytime you step up another notch from where you’re at; it’s a testament to hard work. You know. That’s all it was. When I transitioned there, I liked the transition. It felt good. So, I wanted to transition even further. So, I focused, and tried to make it happen.

Do you have any horrible heckler stories?

Yea, I got booed a lot a whole lot, but you learn from those boos. You learn how not to get booed. I got booed at a concert in Indianapolis opening for Ja Rule, and they booed me. People [were] throwing stuff at me, and it was weird, because they were throwing stuff at me that shouldn’t have been at a rap concert -- like golf balls and hangers. Like how do they have these things, and they were throwing them at me. [The crowd threw] full concession stand drinks -- the ones with the lids on them and the straws in them. So, when they hit you, they like explode on impact. Yea, it was horrible. That was one of the bad days.

You spent roughly 15 years grinding as a comedian, and you get your big break as Conan’s 1st Black writer for the tonight show. How did it happen?

A friend of mine J.P. Buck was casting comics on the show, and called me up and asked me to do it. We practiced for a couple months. I went and did four and half minutes of stand-up. Maybe a month later, Conan hired me. [Conan] told me to come in and write for him. That’s what I did, and the rest is history.

Was there a specific Joke that caught Conan’s ear?

From what he told me he just became a fan. After I performed, he became a fan of my material and my stand up Ever since then me and him been super cool. We’ve been family. He gave me a chance when other people wouldn’t. I will always be in debt to him for that.

Before the Tonight Show, what was the hardest part of being a ‘Black’ comedian?

The struggle, the grind, the circuits, the places we perform, the money that we get, and the things we got to go through to get that money to do shows. It’s wild. It always has been [hard for us] like when Ray Charles had to play juke joints back in the day. I’m quite sure they wanted to play palladiums and stuff, but they had to start in their own environment, and that’s what black people have to this day. It’s those things. Trying to cross over and have that mass appeal. It’s kind of tedious, but other than that it’s no other problems that anybody else has.

On the Conan show, you’re somewhat the ‘Black Ambassador’ for Conan. You offer a more diverse perspective on current events. In the staff meeting, do you present the racially driven sketches?

Yea, it’s me who writes them, and maybe another writer might have an idea for something. We’ll put something together, or collaborate on something, but mainly it will be me that come up with the racially charged ones. Basically, it’s just another testament to Conan O'brien, who allows me to be myself, and gives me the leeway, and trusts me to deliver good quality comedy. That’s all that is. Just trust.

With ‘Black Box’, what do we expect to see?

Expect to see a guy who has an opinion like everybody else has. It’s just a different opinion. It’s coming from me, and me coming from a black point of view. It’s just what I think about pop culture. We know what everybody else thinks about Amanda Bynes, but did anybody ask that black guy that’s in the barber shop with all his boys. Basically [the show is] like, ask [the guy in the barber shop] what he thinks about Amanda Bynes, and that’s the kind of feel you’re going to get. [The show is] just a real black dude talking about what he thinks is going on in the world, pop culture, TV and news.

Why is it important to get the black perspective?

It is important, because it has to be out there. It’s another avenue. You can’t judge things with just one sided views. It’s everybody’s opinions that matter. The way white individuals’ thinks about something might not be the same way that black individuals’ think about something, because we carry ourselves differently in America. I know every black person in the world -- they can admit to it or the don’t have to admit to it, but they got their white voice, and they got their black voice. You know what I’m saying. White people got one voice. They talk the same way all day long. You don’t see them switching up their voices. So we live in different worlds. We do different things. It is what it is. Let’s just be real about it, and have another voice speaking for the have not.

Is it the same staff of writers on ‘Black Box’ that write for Conan?

No I got my own staff of writers for the Black Box.

How does it feel to be in a position now to give other comedians opportunities?

Is there any advice or principle that helped you succeed that you could give to other comedians?

Absolutely, it’s just dedication and being real with yourself. Do what you need to do in order to stand out and commit. Always commit.