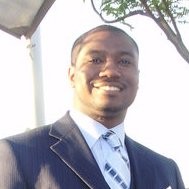 President Obama’s recently-announced, “My Brother’s Keeper,” initiative to specifically address the problems affecting black males in the U.S. is sweet music to the ears of many in the African American community, but it could be too little too late for some prominent black critics who say Obama has failed to aid the black community during his years in office.

Announced on Feb. 27, the president’s program will create a task force to research problems disproportionately affecting young black males and determine ways to help them close the achievement gap between them and their white counterparts. The initiative also will partner with businesses and other private and public sector organizations to promote increased positive lifestyle, education, and career opportunity programs specifically for black males. Presidential executive privilege hasn’t been used to specifically deal with racial disparities in this way since the Johnson administration.

Obama enacted this program for good reason. Studies indicate 86 percent of black boys and 82 percent of Hispanic boys are reading below proficiency levels by the fourth grade, compared to 58 percent of whites. The nation’s ongoing economic downturn has been twice as devastating for blacks as whites. In 2013, the overall unemployment rate for whites was 6.5 percent, but for blacks, it was 13.1 percent. Unemployed black and Hispanic young men are six times more likely to be victims of murder than their white peers, accounting for almost half the nation’s murder victims each year. And the stats go on and on.

Many black leaders, including members of the Congressional Black Caucus, have reluctantly criticized Obama for what they see as a failure to specifically address issues in the black community during his tenure as President. Chief among these critics is the esteemed scholar Dr. Cornell West, who has called out the president for not being more vocal about issues like racial profiling and national poverty.

To his credit, Obama has often spoken publicly about African-American issues, taking several politically risky opportunities to speak on high profile news stories, like the Trayvon Martin tragedy. “If I had a son, he’d look like Trayvon,” Obama said at a March 23, 2012 press conference in the national uproar following the shooting.

That did little to appease the likes of West, who called out the president after his address.

That’s beautiful. That’s an identification,” West said of Obama’s remarks. “The question is: Will that identification hide and conceal the fact there’s a criminal justice system in place that has nearly destroyed two generations of very precious, poor black and brown brothers? [Obama] hasn’t said a mumbling word until now. Five years in office and can’t say a word about the new Jim Crow. And at the same time, I think we have to recognize that he has been able to hide and conceal that criminalizing of the black poor as what I call the re-niggerizing of the black professional class.”

Let’s be honest. Electing the nation’s first black president was already a shock to the American psyche many still struggle to grasp, a sign of a changing nation some refuse to accept. Consider the Birther movement, racist elements of the Tea Party, not to mention the less publicized rise in U.S. hate groups since the President took office.

Obama’s opponents in the national media have tried their best to characterize him as a black caricature, taken him to task for playing basketball during down time, portraying him as lazy for taking too much leisure time in general in their view, and disparaging the president as classless for inviting rappers to White House gatherings. Fox News challenged Obama and the Justice Department for not prosecuting two buffoon members of the New Black Panther Party, who during the 2008 election wielded Billy clubs while standing guard at a Philadelphia polling station under the guise, ironically, of preventing voter intimidation of blacks in that city.

All this phony outrage was designed, of course, to inspire fear and stir up racial animus among white Americans, reminding them that the President is not, “one of us.” So, with such a stern unrelenting opposition and a full plate of major domestic and foreign policy issues to tackle, the ever-pragmatic President during his first term – when his political influence was at its strongest – dedicated most of his time to the major issues, job creation, as well as financial and healthcare reform.

However Obama clearly underestimated the kamikaze resolve of his Republican opposition, who’ve made it clear they’d rather see the country they love choke to death on political gridlock than allow the Obama Administration to take credit for any legislative triumphs on their watch. “The single most important thing we want to achieve is for President Obama to be a one-term president,” Sen. Minority Leader Mitch McConnell famously told the National Journal in 2010.

Indeed, the president may have miscalculated early on, thinking that addressing the issues most of the country wanted at the beginning of his presidency, he could press on more divisive progressive causes later, like gay rights, immigration reform, and yes, the plight of minorities and the underprivileged. Unfortunately, many of his larger domestic policy efforts have been thwarted or watered down by Republicans in Congress.

Now in his second term, with no re-election to worry about and a legacy to uphold, the President is using executive actions without support from Congress to address chronic national ills that have dogged his administration since he first took office, telling reporters in January, “I’ve got a pen and I’ve got a phone,” while promising to use both to advance the country. It seems the shrewd Obama is finally reading the Republican tea leaves for what they are, and is now less concerned with compromise. Maybe it didn’t happen fast enough for some, but it’s still a major step in the right direction.