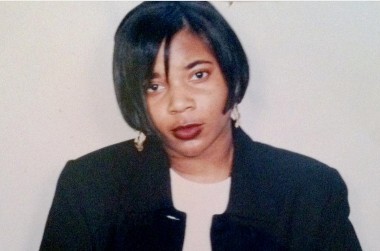 At the age of 17, Erickson is on deck to change negative perceptions and stereotypes imposed on young black men with being one of the country’s youngest published authors and starting a movement that Black Boys Can Read and Write.

“I wanted to instill certain values in African American youth that I feel are not being valued at the moment,” says Erickson.

Today, negative images of black youth permeate television and radio that feeds into misperceptions and negative generalizations for a whole generation. Erickson has proven that with his 24 hours in a day he chooses to emit positive rays into the universe by encouraging others to read at all costs.

Erickson’s present novel “Black Angel” is available now, and he’s working on another novel, the sequel titled, “White Demons” that is expected in Spring of 2015.

How old were you when you started writing and what grade are you in?

I first started writing in my elementary school days. I was maybe nine, but when I first figured out that I could do this, I could write and actually have something published, I think I was around 14 years old. Then I got my first publishing deal around 15. I’m in the 11th grade.

When you were around nine or ten, do you remember what you were writing?

I used to take things that were prevalent, and problems I had at that age. I’d take them and apply them to characters that didn’t really exist, but you could tell that if you read it that it came from me because it had elements of my life in it.

What steps did you take to publish your first book?

We sent the book out to a few publishers, which dealt with science fiction. I got an offer from a small AA publisher here in Atlanta. I went and met with them and they were launching a teen division and they liked the book. The owner Tamika Newhouse is an author as well and she believed in my project. I felt better signing with them, because they were focusing on a teen division and of course with them being here in Atlanta, my book would be a bigger priority.

Do you think writing will be a profession for you or a hobby?

At first I thought it would be a side career like sort of just on top of something else I did, but over the years because I really started to enjoy what I do I think it will be more of a main career for me.

Do you read more fiction or non-fiction?

I try to dabble in both. I like fiction more so than non-fiction. I’m not going to say it’s more interesting, I’m going to say that themes are very complex in the way that they take things that aren’t necessarily real and address things that are. Like they’ll take characters that you know that aren’t based off of anything in particular. But you can learn from them sorta from the developments they go through. That’s why I think “To kill a Mockingbird” is so popular. It took themes of you know racism and common themes like that. It was a prevalent problem in History and you know people enjoyed it because it showed us how we’ve matured as a society in general.

Do you think television is responsible for illiteracy?

I don’t think we can necessarily blame anything other than people. In the last couple of years, literacy in general has been valued less. School institutions try to promote literature, but in the wrong way. You can’t force a kid to read a book, and stuff the book down the kid’s throat. Then, they’ll read it and not really understand it. [Books] gets this negative view, because they had one bad experience. They’re forced to read.

Many schools have banned certain books for various reasons. Where do you think the line should be drawn?

By omitting certain books you’re blocking knowledge, not to say that we should have kids just read anything because some things just aren’t appropriate for certain children at certain ages. I feel maybe in Middle and High School, there shouldn’t be so much omission and blocking, because around those times you’re transitioning to move forward. So you should be trusted to read whatever you can handle.

How do you overcome writers block?

I learned to deal with this very well during my first book. What I’ll do is I’ll go and read. That gets my brain pumping, or I’ll just listen to music to get away from the book for a while. All of those books just get me to focus on what I’m trying to do and then I’ll come back to it. Usually I’ll be able to focus more.

On Instagram I noticed you use hashtag #BlackBoysCanRead a lot, what sparked this trend for you?

When you listen to the media you always see there’s a lot of negative connotation that goes along with African American youth. So, I wanted to instill certain values in African American youth that I feel are not being valued at the moment. For an African American child, since there’s this stereotype with our race in general. I feel as though reading with these kids and showing them at an early age the values of reading and writing it will better their future and prepare them for what’s coming ahead. No one said it’s easy but it’s not impossible.

How and why did you come up with the Black Boys Can Read and Write initiative?

My Mom and I started #BlackBoysCanReadandWrite right after the Trayvon Martin case and everyone was talking about the negative stereotypes of black male teenagers. The case really became more about the stereotype of young black men and the crazy thing was even black people who disagreed with the verdict support the idea that most young black men are a threat to society.  One of the biggest reasons behind this is that media push negative images of young black men before they will showcase positive images. I believe its up to young people to change this, so we started something to help celebrate positive things we are doing primarily in academics because thats where our greatest weakness appears to be.

Who is responsible for instilling the importance of reading and writing in you?

Are there any principles you live by?

My parent’s divorced and that was really hard but something that helped me. I learned from that you should always remember that you’re not the only one. Don’t ever think you’re alone. The only person that owes you anything is yourself first and foremost. You should know that there are always people that will care for you and love you.

Do you have any works that you’re working on right now?

I have a sequel coming out in the spring to my first book. In contrast to my first book Black Angels it’ll be titled White Demons. The whole point of my first book was to show that out of a bad place something good can happen. Even out of the worse situations, good can come and even the opposite is true as well so. That’s what the second book can show.