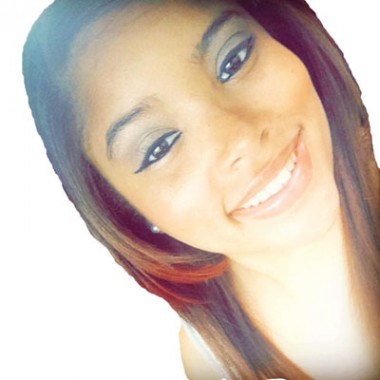 Art is purely a creation of one’s perceptions, feelings and lifestyle. It can captivate you, inspire you and teach you, giving more meaning to the statement that a picture is worth a thousand words.

I recently conducted an interview with Atlanta-based artist Antoine Donte, whose new collection of artwork based on the reality series Love and Hip Hop Atlanta continues to showcase his innovative style and draws attention to his movement known as “I Paint Music.”

I research what I want to be. I believe that’s what I’m going to be. I speak it into existence before it even happens. That’s my drive every morning.

Black Men's Dossier talks with Antoine about what and who made him realize he was an artist, what inspired him to pursue his career and the advice he gives to new artists while speaking his future in the industry into existence.

Can you describe your upbringing in terms of art? Were you parent’s artists when you were a child? Did you realize that this is something that you’ve always wanted to do?

Oh most definitely! My mom, she used to paint a lot, like vases, the ceramic vases and things like that. My upbringing was pretty basic, and I don’t like saying that because I come from Gary, Indiana.

So I come from the hood.

Actually, the first time I saw my first white person, or different person, was when I moved to Atlanta. Gary is like 99.9% Black.

So basically, I started off doing stuff for kids in elementary, like “Jakeem and Renee forever” on their folders because back in the day we used to have those brown book covers.

My mom used to say “where are you getting all of this extra money from” because I would charge kids like twenty five cents or fifty cents. I would go to the bookstore and not have enough money for M&M’s. I noticed kids were falling in love back then, so I would just do graffiti on their book covers, then that grew to me doing work for the daycares and after daycares.

That’s how the concept kind of came about. I really used to tag abandoned buildings and trains while they were moving, you know, Midwest-type things.

So how long would you say that you’ve officially considered yourself an artist? How many years has it been?

Officially? I guess I’d say about 15 with me really getting serious about researching like Andy Warhol, Jean-Michel Basquiat and Picasso. I started noticing their net worth and what they were doing.

I looked through your Instagram and noticed your recent Love and Hip Hop collection. What inspired you to “paint music”? Not just with this particular collection, but in general.

Well, I love music. I guess that’s my first inspiration.

When I came down here on a basketball scholarship, and me playing for certain schools and in high school, I noticed that music was a relaxing concept to me. And also, sketching was relaxing. So I thought that it was only right to combine the two.

It takes me a long time to do paintings and within that time period, I would stop a lot. I noticed when I listen to music that I get lost. So I end up spending four or five hours on a painting and I noticed my detail was growing because I was getting lost in the music. That’s when I came up with the theme and that my lane is ‘I Paint Music’, but I can paint movies, I can paint anything.

What would you say is one of the biggest hurdles for contemporary artists that are trying to break into the art industry, or who are trying to make a career out of their passion for art?

Being… I don’t really like using the word minority, or Black, White, Puerto Rican or Haitian, etc.  Our people, our appreciation for art and our education of it is not where it should be like in other ethnic groups. I think that’s my biggest hurdle: to make a splash on the scene and become known. So, I can do other things than just the urban-type art, which I love and adore, but there’s so much more. At the same time, it’s chess not checkers.

Have you had any mentors that have helped you get to the point that you’re at currently?

Well, I can’t say mentors, but I did have this first grade teacher named Ms. Thompson and basically saw my art before I did. She taught a first grade class and a sixth grade class and I remember one day she told us to look outside and draw what we saw.

When it was time for me to leave, she told me to go and get my mother, so I thought I was in trouble. When she came back to the class my mother was threatening me, but she asked my mother if she could mentor me in reference to my art. At first, she was trying to explain the difference between first, second, third and sixth grade art and she explained to my mother that me being in the first grade, I was drawing better than the sixth graders. I got a relief because I thought I was in trouble. She kind of mentored me from first grade all the way to sixth grade, but I left Gary a long time ago, so whenever I make it, I’ll give her a call.

Are there any principles that you live by personally that helped you get this far and helped you succeed?

Yes. I believe that my confession is my profession. And that’s basically how I make my living. A lot of people think a profession is an art teacher, a journalist or a publicist, but in my spirituality and my word of God. I feel that my confession, and what I say from my mouth creates my reality.

So I researched what I want to be and I believe that’s what I’m going to be. And I speak it into existence before it even happens. That’s my drive every morning. I say confessions based on God helping me, high favor with God and man to help aid and assist me in my artistic endeavors, dreams and goals. And then I say a prayer and go get it because faith without work is dead!

What would you say is your favorite piece of artwork that you’ve created so far?

I did a piece called “Thug Love” because Tupac has always been one of my favorite artists and “Thug Love” is a Rihanna and a Tupac piece. It’s basically Tupac hugging Rihanna and she’s putting up her fists that’s tattooed ‘Thug Life’.

I like that piece because I figured they had similar energies. So I’m thinking if ‘Pac was alive, what person would he vibe with the most?

From that piece I’ve kind of started a brand new series called “Past meets Present” and I have a Jimi Hendrix and an Andre 3000, a Snoop Dogg and Bob Marley, so you can see I’m trying to compare the past with the present. A lot of people who may know about Rihanna may not know about Tupac, a lot of Tupac’s people may not know about Rihanna and vise versa with Jimi Hendrix and Andre 3000. So I’m teaching the old, new, and the new, old.

Do you have any advice for up and coming artists or any one who might have been like you when you were younger and had someone realize their artistry before they did?

Have your own path and have your own vision. Don’t share your dreams too much with people because not everyone is for you.

When I first started, it was ludicrous to some people. They were like “okay, how are you going to make money with art?”

You know, everybody that you speak to isn’t always for you. Keep your circle tight, not everyone needs to be behind the veil. That would probably be my advice.

Share it with yourself, God, your mom, maybe a best friend and keep it pushing. You have to step out of the box and do something different. What I’m doing with art right now, I don’t think nobody else is doing it. The shows and the entertainers… it’s like a mini concert art gallery. A lot of times when you’re doing something different, people won’t be on your team until they want to be on your team, or until everyone is on your team. And that’s sad, but that’s the society we live in.

What would you say you’re most proud of? What’s your biggest accomplishment so far?

My biggest accomplishment so far that I’m really proud of is making it out the hood. I know that sounds kind of cliché, but making it out and then seeing the reactions of my friends back at home through Facebook or Instagram, they’re extremely proud.

They think I’m a millionaire already!

I never deny whatever they say, but for me to be an inspiration to some of my friends, young and old, and they see me doing my thing in Atlanta that makes me extremely proud.

They saw me drawing on the side of the wall, you know? I just remember always having a kind heart, even the kids and the girls that would be outside playing hopscotch. I used to see their squares and they would draw them crooked. So, I would look around and make sure there weren’t any guys around and I’d draw the squares for the girls on the block because I couldn’t stand them being so crooked. But I knew back then that I was always crazy about art.

I see myself as being an art mogul. And when I say art mogul I mean anything related to art or artistic expression, whether it’s through media, branding, commercials, cartoons, children’s books and art galleries. I’m just that name behind art, period.

And from there I want to branch off and do an interactive fine art gallery or a music gallery so that the painting that you see will have more layers than at a traditional gallery. I did a painting of Michael Jackson and it [the painting] would be in motion with a dance machine and holograms, a speaker and some headphones.

Art is no longer just for sight, it’s for other senses. I think that I can brand that gallery to different areas; for example, the “I Paint Music” gallery in Nashville will be based on country music, in New York it would be New York music or east coast music, out on the west coast, it’ll be west coast music. In Miami, it’ll be Spanish or Salsa. Music has so many layers that I can take “I Paint Music” and keep expanding and ultimately become that mogul.