Selma We March On 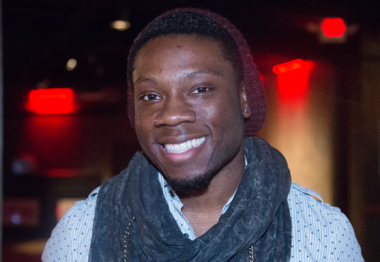 This holiday season a new movie will be on the tip of everyone’s tongue—SELMA. Paramount Studios releases a motion picture portraying the strategic methods of the late Dr. Martin Luther King, Jr. Directed by Ava DuVernay, Selma gives viewers an alternative look into the mind of Dr. King that they have never seen before, and gives light to his ideas of fundamental activism during the civil rights movement.

It took 50 years to make a major motion picture on Dr. King and Selma releases at a pivotal time in our society. Oprah Winfrey has spoke on the 'divine timing' of this film.

With the past November election and the protesting throughout the county over the killings of unarmed black men at the hands of cops, this film will resonate with Americans and Dr. King will be reintroduced to the new generation, besides whats taught in the history book.

As people we all need to be aware of the sacrifices made so that we could simply live free, and enjoy the everyday pleasantries that we would have never had otherwise.

“Just because we have these rights and don’t do anything with them is like throwing away your umbrella when it’s about to rain because you’re not getting wet.” says DuVernay at Midtown Art Cinema in Atlanta comparing voting between now and the Civil Rights Movement.

DuVernay takes a deeper perspective of Dr. King’s experience in the civil rights movement. She captures the strategic elements of his plans to infiltrate the corrupt government in the south. From a leadership perspective, he was never one to tear you down for not knowing something; instead he found ways to educate you on the topic at hand.

In a scene, he speaks with two young men who are making plans to fight against oppression in Selma. Dr. King presents them with an analytical concept that forces them to think about: the actions they are taking, how effective their solutions have been, and look at themselves to come to terms with the reality of their circumstances. He encompasses the essence of true leadership and individuality.

Selma showcases a broad range of talented theatrical artist of a grand caliber -- an eclectic innovation. DuVernay decides to use actors and actresses that are not necessarily household names yet speaks volumes to her creativity and willingness to diversify and empower everyone around her.

When asked about the cast she states, “I wanted the audience to pay more attention to the characters in the story than the actor or actress playing the role.”

She picked great actors and actresses that are up and coming like David Oyelowo ( Dr. Martin Luther King, Jr) and Tessa  Thompson (Diane Nash).

Oprah Winfrey plays a character, Annie Lee Cooper, an activist in the Selma march during the civil rights movement. Cooper is known for hitting a police officer over the head after he attempted to assault her, and being wrestled to the ground resulting in her arrest. Her picture made headlines across the United States and gave head way to government intervention.

History is fundamental to our overall development and progression in life. It’s amazing to think an autobiographical film about Dr. Martin Luther King, Jr. has never been made before without backing from a major production studio. Yes, there were documentaries and cameo roles of Dr. King in other films. However, nothing on the silver screen in this magnitude has been green-lighted.

Thank You DuVernay for blessing us with the amazing gift that is Selma.