An Ode to Stuart Scott 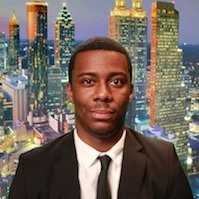 As a kid growing up, every morning before going to school, I would turn on the television to get a recap of last night’s sports news on ESPN. I would have my big bowl of cereal and just sit there and watch. The anchor I was always excited to see was Stuart Scott. His catchphrases like “Boo Yah!” or “Call him butter, he's on a roll” would make ESPN so entertaining to watch. The way he would just be himself on the camera was amazing. It was different. It was fun.

You must be wondering how Scott’s death even affects me. No, I never met or spoke with him, but his presence in the world of sports helped me realize what my true calling really was.

As a kid, my original plan was to be a lawyer, but many of my friends always said I had the charisma and personality to be on the news. I never really saw it at first, but I never did knock the idea of that as a back-up plan if law wasn’t for me. Turns out, it really wasn’t.

I came into college with a political science major. I made it through my freshman hall still set on that goal. Then one day during my sophomore year, I sat down and watched an episode of SportsCenter and there he was, delivering the news as usual. I saw the genuine happiness he had just being on there. He wasn’t just doing his job; he was having fun doing it.

All I could think about was the advice family and friends gave me through the years about how law didn’t seem to fit with my personality. In all honesty, I chose the career path of the lawyer due to the money. While debating about switching my major, my mom gave me these words to go by:

“Do a job that you’ll love rather than doing a job just for the paycheck”.

The next day, I went to the Academic Affairs office and changed my major from Political Science to Journalism.

When I was a junior in college, I did a presentation on Scott in my Speech Communication class. My classmates were baffled as to why out of all topics I chose him. But I didn’t really care. I went up there and did my speech. Mentioned facts about what school he attended, news stations he worked at and why his eye drooped the way it does. Classmates were surprised. My teacher was in awe. He gave me a 100 for the speech.

Then in my senior year of college, I got to be part-time sports anchor for my college news station, Panther Report. I was pretty excited and very nervous. Just sitting in the chair looking at the teleprompter gave me the chills. It felt so surreal. All I could think about was “Wow, I’m one step closer to being just like Stu”. I just wanted to be like him.

I remember the periods in which he wasn’t on SportsCenter due to his cancer treatments. I still watched but it just wasn’t the same. I could only imagine the battle he was going through. And for him to fight it three times had to be such a hard ordeal. But he wouldn’t let that stop him. The speech he delivered at the 2014 ESPYs was a testament to the man he was.

He said, “When you die, it does not mean you lose to cancer. You beat cancer by how you live, why you live, and in the manner in which you live." I watched this speech so many times, especially the day he passed.

Stuart Scott was such an inspiration to me. He is the reason I chose this path into sports broadcasting. He showed me indirectly without knowing what my true calling was. I always wanted to meet him face to face and tell him how much his influence in sports meant in terms of my career goals. But sadly that day will never come. I never knew him personally, but he was my idol.

Mr. Scott was an amazing sports broadcaster and a man who wouldn’t let such a scary thing like cancer stop him from living his life to the fullest. His presence inspired me more than he’ll ever know.

Rest in peace Stuart Scott. He was as he would say, “as cool as the other side of the pillow”.