“Fatherhood is about being present for as many small moments as possible along the growth of your child’s life and telling them (not only showing them) everyday that you love them,” he says.

Bazin, an entrepreneur and co-author of “Single Man Married Man”, is a divorced single father. He was born in New York and raised in Port-au-Prince, Haiti, where his parents divorced at a young age, and he says his father was not present for a significant amount of his childhood.

Bazin currently resides in Long Island, NY, with his daughter who is now 15. “I decided I would always be present in my child’s life regardless of the circumstances,” he says. Bazin has since then rekindled his relationship with his father, who he says has a great relationship with his daughter, and he is passionate about helping others realize that they are not defined by the situations they were born into or the family they were brought up in.

One way he does this is by serving as a business resource consultant for the Do Right Do Good Scholarship Award, which has given out $23,000 to high school students to attend college over the past two years. "Everyone could use a little help," says Bazin, but he ultimately wants young people to exude the same self-confidence he instills in his daughter.

“Everything you need to resolve a problem or issue whether personal or business, God gave you that inside of you,” Bazin continues, “Go back to prayer and do a lot of soul searching yourself. Develop the belief that you can do it yourself.” 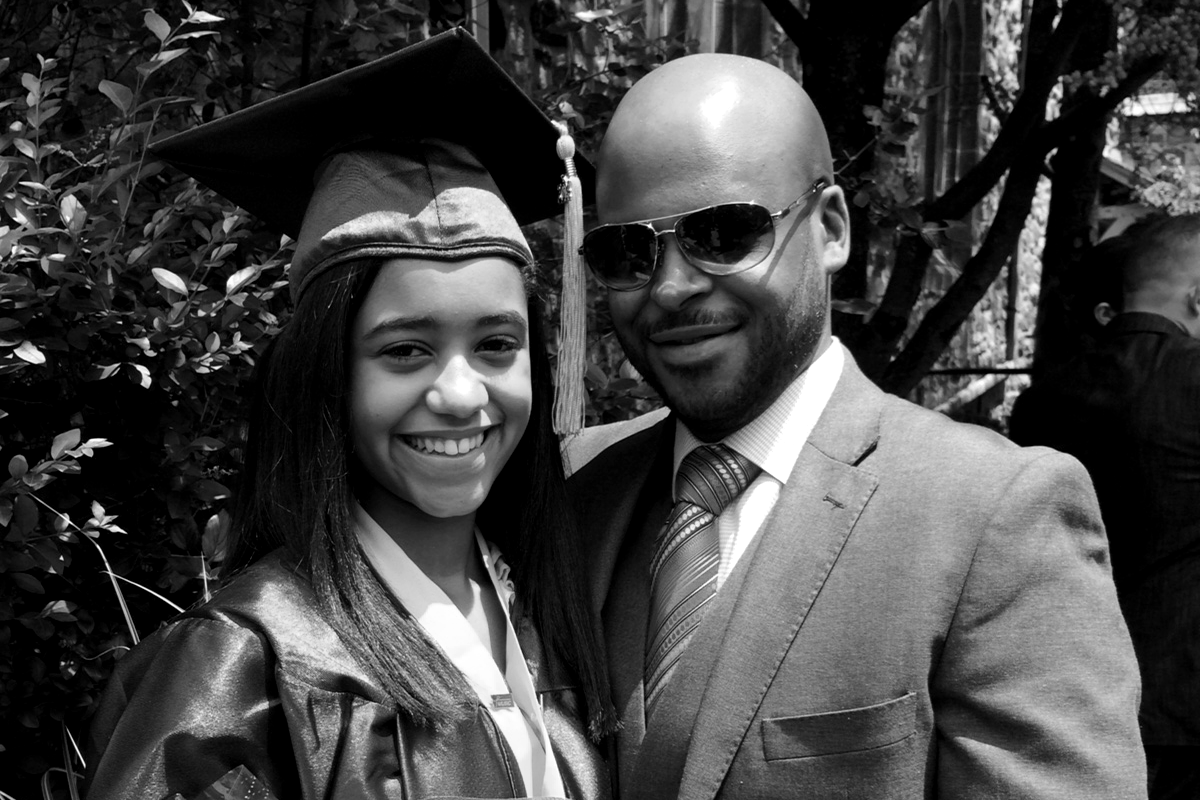 Although Bazin encourages his daughter’s independency, he reassures her that he will always be in her life by devoting whole days to her where they go on outings such as shopping, brunch and the movies, and keeping communication open — which he calls “dating” his daughter.

“Until she meets that special someone, every Sunday is our day,” Bazin says. “In that time we spend together, we converse. Those are the days we really connect with each other.” Bazin also teaches her about creating vision boards and taking the action to achieve those goals.

“I enjoy seeing the amazement in her face or eyes when she learns or discovers something new,” Bazin says. “And I find that more and more she comes to me to share something with me, whether it’s serious or not,” he says. “I expected her to gravitate more toward her mom for certain things (like going into maturity and having emotions for boys), but she actually comes to me, and it’s refreshing.”

Bazin believes fatherhood is the most fulfilling responsibility that any man can have.