Interview with Kenneth Doswell: Switching Careers Isn't Easy, But Worth It

"Keep in mind there is far more responsibility when owning and operating your own enterprise, but for the bold and daring it is well worth it."

Would you have the courage to throw caution to the wind and take a leap of faith to pursue your passion? To some, the thought of leaving behind the stability that comes with working a nine-to-five is crippling. That was not the case for fashion designer Kenneth Doswell.

It is fashion week, and Doswell finishes the final touches as a line of women models prepare to walk the runway in his couture clothing line. Seven years ago he was preparing for the dreaded office meeting at the high technology giant, Intel.

Now a 42 year veteran of the fashion industry, this self-taught designer decided to take the preverbal leap, opting to give up a guaranteed paycheck as a commodity manager for the gratification of being his own boss.

There is an overwhelming consensus that if one is able to obtain a well-paying job, one should do the job to the best of their ability and be satisfied. Doswell never subscribed to that theory. For more than a decade, he had a lucrative career with Intel. However, even while he was there, he would work on his clothing line, Betty Jean Couture.

Doswell found himself asking the question “Is my happiness worth the paycheck?”

“What Intel provided was a great income, with great benefits and great stability and a retirement program.” He continues, “on the other hand, the job lacked the ability to think freely, act freely, and pursue my own vision and dream in an industry that I have a great passion for.”

Rather than question whether or not he should resign, the question for Doswell was always when should he resign. Initially, when he took the job at Intel, he did not plan to be there for 20 years. The California State University, business major always had an entrepreneurial mind, and Intel wasn’t the last stop on the career path.

“It was always about the timing,” says Doswell.

The tipping point came when he was assigned with whom he believed to be a poor manager. Intel made him a generous offer and even offered to allow him to transfer to another department, but the reality was his business was losing money because of his inability to commit on a full-time basis.

“I had clients while I was working at Intel,” says Doswell. “Leaving just gave me more time to work with these clients.”

Essentially the decision was made for him and in 2008, Doswell decided that the freedom to create was worth more than the paycheck.

“I felt like I had gone as far as I could go,” says Doswell . 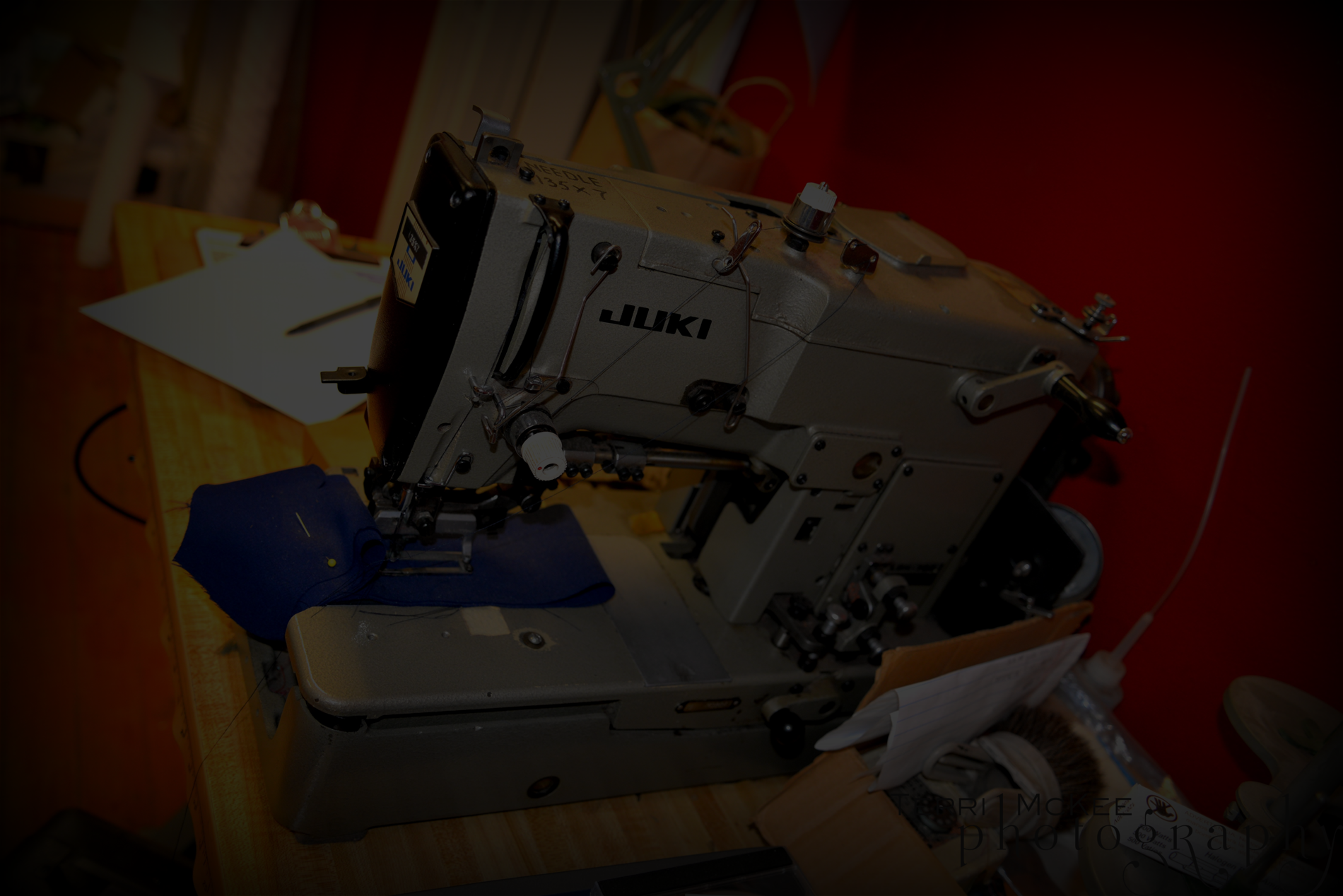 "I’ve had an entrepreneurial mind ever since I can remember"

At eight years of age, Doswell worked for his father’s commercial and residential janitorial service business. 90 percent of the clients were women’s department stores and the department store owners’ homes.

In 1987, his father left the janitorial business to start Betty Jean Clothing in Pasadena, California. Later, Doswell’s brother decided to pursue a formal education in fashion design, while he opted for business school. However, he had the privilege of gaining his fashion knowledge under the tutelage of his father.

“My dad taught me that the fabric will explain what it wants to be. My strength is understanding fabric. I have spent countless hours in fabric stores all over the country touching and feeling fabric,” he says.

The road to starting his business did not come without its fair share of challenges and heartache. In 1996, the family engaged in a bitter disagreement. Dowell felt the company should switch its focus to designing women’s plus-size clothing. His family wanted to keep the focus on straight sizes.

In a decision that would nearly tear his family apart, Doswell decided to split from the family business and start a clothing line of his own. He created Betty Jean Couture in honor of his late mother Betty Jean Doswell.

In 2008, just a few months after he quit his job to run Betty Jean Couture full-time, the economy goes into the great recession.  All the U.S factories he had contract with went off shore to China. The company imploded.

Surviving the down times between 2009 and 2011, regret creeps into his decision to switch careers.

“The reality is tough times like the recession taught me how to be a better businessman. It taught me to plan for the down cycles that will eventually come. Learn how to plan during down times. Planning is much different when you have a consistent paycheck.”

He would probably argue that staying relevant is the bigger challenge.

“The fashion industry has a lot of ups and downs,” says Doswell. “You can be hot for fall, but can you follow it up season after season? In the plus-size market, there is no clear defined leader. My personal challenge is to drive a standard in the plus-size industry.”

Although he holds no regrets, Doswell reflects on his career and now realizes that he could have made different decisions and he wants to pass on what he has learned with those that are looking to enter the fashion industry.

“In hindsight, I should have taken a leave of absence. Understand where you are financially before you take the leap. This business is hard to predict. So having a path back to a nine-to-five is not a bad plan B. Try to have your cake and eat it too,” says Doswell.

“Don’t be afraid. We get comfortable and secure where we are, but we become equally unhappy. Do unto others as you would have them do unto you, and always follow your passion. The fashion industry is a dirty business, but just because they do it, it doesn’t mean you have to. Keep in mind there is far more responsibility when owning and operating your own enterprise, but for the bold and daring it is well worth it,” says Doswell.