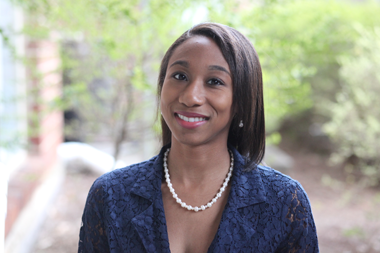 There are few people in the world who don’t like movies. However, as a child, Eric Dean Seaton was more intrigued by the people behind the scenes and listed on the end credits.

Always a fan of storytelling, Seaton began to nurture a love and knack for creativity within the entertainment industry. As a director of various notable television pieces, he has expanded his craft to include that of comic book creator and editor.

"Believe in your dreams and never quit because the moment you do someone else is going to take your spot."

Black Men’s Dossier spoke with Seaton about his graphic novel series entitled “Legend of the Mantamaji” which details an African American district attorney as a superhero of a mystical race called the Mantamaji. We find out how and why Seaton decided to step outside of the box and create this type of novel series.

What age did you realize your passion for this Art?

I would say five or six. It wasn't just a love of TV, movies and graphic novels. It was the making of how they did it. It was being inquisitive of how they created it. I would watch credits.
Its funny because when I go to the movies now I look back and say, 'As a kid I would sit in the movies until the end of the credits reading peoples names'. I loved stories, and I wanted to know how they made stories.

What was your first project as a kid?

My favorite cartoon growing up was called Star Blazers which people now know as Space Battleship Yamato. It was the first Japanese anime outside of Speed Racer to really break out in the U.S. and I created my own adventure with a ship called The Andrometor. I would just draw spaceships and just go on these long adventures with my team.

What sparked this interest?

When I was young my dad would take me to this coffee shop, and they would have comic books. He'd get his coffee, and I would  get to pick a comic book. The funny thing is I couldn't even read some of them, but I would get them, and I would spend the day in the car reading comic books. I often joke, 'I don't know how safe that was, because I remember the windows were all rolled up' [Eric Laughs].

I was in the car all day reading comic books looking at pictures and drawing pictures. So, the love of comic books grew from that and story telling.

As much as I loved comic books, I never saw anyone that looked like me. I'm not saying there wasn't [anyone], but they weren't major. Nothing stood out. They weren't the coolest ones on the block. So that's one thing that always resonated with me my whole life.

Its funny because I have kids now, and I realize I haven't actually seen that many Disney movies. I heard all the stories, but I never saw anyone that looked like me. So I never related to them and I don't know where that comes from at five to ten years old, but Its definitely something I remember feeling and thinking.

Why do you think there’s a lack of diversity when it comes to comic books?

I don't know the exact reason why. I would just say that we have some mainstream heroes, and there are two really mainstream companies. Although we have some really cool heroes, they just never been pushed to the forefront or have been major contributors in their universe. I'm sure there are stories, but they just somehow didn't resonate long term in a major way.

And lack of creators.

As I work in the entertainment business, I am supported by four wonderful companies. Two of the companies that I've done pilots for they hired me, because they thought I was the right person for the job, but there's not a lot of African Americans. There's not a lot of minorities in the decision making process. When I was in meetings, I would probably be the only minority outside of the women in the room.

I think it stems from us being very creative and being in front of the camera and a lot of behind the camera, but not necessarily in the decision making positions of power. So if we are not running our own companies and creating our own heroes, then there's not going to be that many of our heroes.

What were some of the hurdles you’ve had to deal with to accomplish your dreams?

It's a team effort even though you're the leader. I'll be honest not everybody has your well-being in mind. It really is a juggle dealing with a lot of different personalities, different backgrounds, different political beliefs, different goals. But at the end of the day everybody is there to do a job and it does become like a TV family. I always call it that until the show ends, and then when it's over and you’re on another show you make a new family. It's very competitive, it's not easy but boy is it fun.

What made you decide to do a graphic novel?

I love storytelling. I've always wanted to tell a story that has a lot of twists and turns. I came up with this idea eight years ago. I started writing and found an artist six years ago. We've quietly been working on it. Every night when I get home, I send him some notes, and we send stuff back-and-forth.

It was just a goal.

I love Lord of the Rings. I love books and things that create this entire universe. That's what I wanted to do with mine that's why it's called  Legend of the Mantamaji. Mantamaji is the race that the lead character is from. I didn't wanted to have like a superhero name. Although that's cool, I wanted everything to mean something.

Tell me more about the characters.

The basic story is about this shallow, conceited district attorney, Elijah who finds out he is the last of a race of mystical knights called Mantamaji. Mantamaji once protected mankind from the force of evil. Elijah is the last possible person you would ever want to be a hero, but he's forced to defend us against the evil sorcerer who has been resurrected in New York City and is posing as a religious leader.

Did you model any of these character personalities from people that you have close to you in your life?

Yes I have a good relationship with my mom and some of the banter that Elijah and his mom has I kind of have with my mom.

I like the whole idea of Elijah being a shallow and conceited district attorney. I wanted something that was very interesting and I wanted a character that went on a journey in the arc. I didn't want him to be a nerd because that's been done. The person that came to my mind was Puffy. I thought what if Puffy was a superhero, but I don't want to do a rapper. There's this confident cocky guy who has the world in his hands and finds out it's not about everything that he thinks it's about.

You have an awesome YouTube video to promote the release of the series, do you plan to make these novels into movies?

It's a complete story, but then there's a twist at the end of each book that takes you to the next book. It's a lot of flashbacks, and all the information flows out so that there's questions and slowly all the questions don't get answered until the very end in the last book.  Which I think makes it interesting.

We would have to find someone who could play that hero. I said this many times. There's no African American lead actor that I can think of that can open a movie that cost more than $20 million under the age of 40, which is sad so we'll probably have to find an unknown person but I would love to do it.

What are you most personally proud of that you were able to accomplish thus far throughout your life?

My wife and my kids and just being a good father. I'm super proud of the book but the fact that I'm able to make a living as a director is a true blessing, One that I don't forget.

Doing things like this talking to you because that doesn't happen if you're not doing something good or trying to do something good. So those are the blessings, but I love being a dad and a husband. I'm having a lot of fun it's like reliving your childhood all over again.